Apple has had a tough past few months, with the share price correcting by almost a third. While partly due to broader market movements, Apple has also had some company specific negative news flow that has exacerbated the slump. 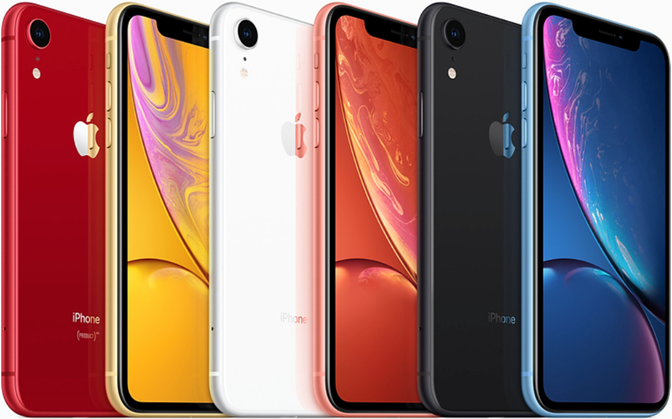 The revelation last year that Apple will cease providing iPhone unit sales numbers had already unsettled many. It was still a bombshell though when on January 2nd, Apple provided its first pre-earnings release since 2002 and revised its revenue forecast down materially. This sparked a sell-off through the broader Apple ecosystem around the world.

At the fourth quarter results in November 2018, Apple provided revenue guidance in range of $89 billion to $93 billion. On 2 January, Tim Cook released a letter to Apple investors saying that the company was expecting revenue to come in around $84 billion. This was a shock revenue downgrade for investors who have become accustomed to Apple sales coming near, or exceeding guidance.

Greater China and emerging markets accounted for the “vast majority” of the year-on-year iPhone revenue decline, but iPhone upgrades were also not as strong as expected in “some developed markets.” The company suggested a few reasons for why this might be the case other than macroeconomic challenges in some markets, including “consumers adapting to a world with fewer carrier subsidies, US dollar strength-related price increases, and some customers taking advantage of significantly reduced pricing for iPhone battery replacements.”

Most other forecasts though from the November fourth quarter report were maintained. Apple now expects the gross margin to be around 38% in the first quarter, and operating expenses are pinned at $8.7 billion.

Apple also sought to alleviate some of the investor angst by highlighting some positives, including services generating over $10.8 billion, hitting a new quarterly record in every geographic segment. The company is on track to double the size of the services business over the 2016 to 2020 period.

The installed base of active devices hit a new “all-time high,” growing by more than 100 million units in 12 months. Services is a fast-growing segment for the company, and it is a high-margin one.  Apple has been making a big push here, and we expect some interesting content offerings to be rolled out over the next year or two.

Mr Cook also highlighted that Apple expects to report a new record figure for earnings per share. That might seem a little counterintuitive at first blush given iPhone revenue is declining, but revenue outside of the iPhone business was reported to have grown by almost 19 percent year-over-year, including all-time record revenue from Services, Wearables and Mac. In addition, Apple has been prolific with its share repurchases.

Apple also noted that it expects to exit the quarter with about $130 billion in net cash, but is seeking to be net-cash neutral over time. That provides the firepower for plenty more share repurchases, hiking the dividend and/or making acquisitions.

Even so, in our view, Apple presents an attractive investment reward proposition at this juncture, given a correction which appears excessive, and an undemanding valuation of around 13 times earnings. We favour the company’s huge and growing installed base, strong consumer loyalty and the fast-growing ‘services’ business. An increase in this sort of ‘sticky’ revenue should see a higher multiple ascribed by investors going forward.

Dr David Kerr to retire from Ryman Healthcare Board