What They're Not Telling You About the Colonial Pipeline Cyberattack

America is spoiled by cheap energy.

No matter how you feel about controversial topics like hydraulic fracturing, horizontal drilling, or the extensive 2.6 million miles of oil and natural gas pipeline network that crisscrosses the breadth of our country like an intricate spiderweb, you can’t deny that we’ve all enjoyed the riches of the tight oil boom over the last 10 years.

Before 2008, U.S. field production of crude oil had been in a seemingly irreversible decline.

My veteran readers will remember what it was like during those times and how our dependence on OPEC oil was getting dangerously high.

You know how that story unfolded, don’t you?

Our domestic oil production took an unprecedented turn since those dark days, and our crude output increased dramatically over the last decade.

But it wasn’t long before we forgot about those hardships.

Why wouldn’t we? After all, life was good, gas felt cheaper than it had ever been, and the truth is that we forgot what a real energy crisis looked like.

Ask the younger crowd around you when they last filled up for $4 per gallon.

Believe it or not, that used to be a very stark reality for drivers, but not anymore:

Like I said, we became spoiled during the good times.

Yet all it took was a critically important, 2.5 million-barrel-per-day pipeline system going offline for a few days for all hell to break loose.

However, there’s a bigger story from this recent chaos…

It's what the media aren't telling you.

What They’re Not Telling You About the Colonial Pipeline Crisis

Unless you’ve been living under a rock or walking to work every day, you’ve heard about the recent cyberattack that shut down the Colonial petroleum pipeline.

Here’s a more detailed look at that pipeline system, which stretches more than 5,000 miles from New Jersey to Texas: 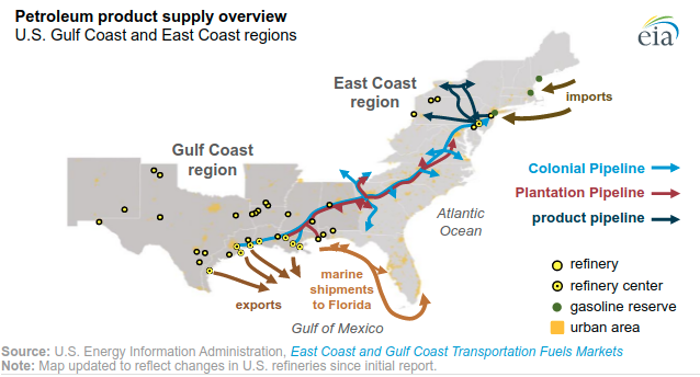 Colonial Pipeline explained what happened in a recent statement:

On May 7, the Colonial Pipeline Company learned it was the victim of a cybersecurity attack. We have since determined that this incident involves ransomware. In response, we proactively took certain systems offline to contain the threat, which has temporarily halted all pipeline operations and affected some of our IT systems. Upon learning of the issue, a leading, third-party cybersecurity firm was engaged.

To be fair, the impact of this cyberattack will be short term, but that won’t stop the panic from gripping drivers as gas stations run short on fuel.

It’s been a long time since we’ve seen a sight like this: 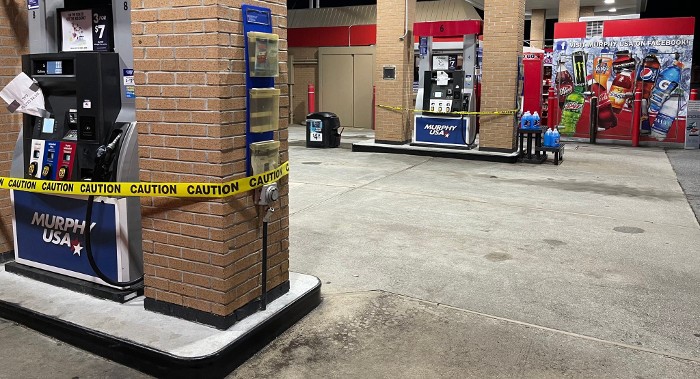 Despite the fuel shortages, there are things you need to know.
First and foremost, the pain drivers are feeling now is only for the short term. This situation doesn’t have the long-term consequences like the Biden administration nixing the Keystone XL pipeline project.

We know Colonial Pipeline will have things up and running and, to give President Biden some credit, he’s made things easier to get more fuel to the market.

Biden has authorized the DOT Maritime Administration to approve waivers to the Jones Act, which allows Jones Act-qualified tankers to get their fuel onto the market.

The White House is also giving truck drivers more flexibility in the amount of hours they can operate and a one-week waiver for some states to temporarily use noncompliant fuel to increase supply.

Granted, the short-term nature of this crisis won’t stop people from panic-buying even though there’s no shortage of fuel right now — just difficulty getting it to your local pump.

However, there’s a much bigger part of this story, and it’s one that the mainstream media stay far away from.

You see, when the hackers demanded a huge ransom after the attack, our government refused to step in to help.

In other words, Colonial Pipeline was left on its own to deal with this situation.
That’s rather interesting given that this petroleum system supplies nearly half of the East Coast with refined fuel.

Think about that for a minute…

If you can think of a more serious threat to national security than attacks on our energy infrastructure, I’m all ears.

Mark my words: This won’t be the last time this kind of threat occurs.
Energy cybersecurity will become paramount from here on out.

However, the window of opportunity will only stay open for so long.

Source: KOHL, K. (2021, MAY). What They're Not Telling You About the Colonial Pipeline Cyberattack. Energy & Capital

Rua on track to export to Germany by year end