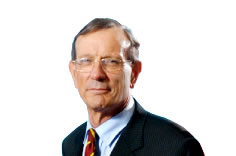 The seasoned director, whose roles have included the chair of Auckland International Airport, Carter Holt Harvey and New Zealand Radio Network, replaces Bill Falconer, who retired at the company’s annual meeting yesterday after 14 years in the job. Maasland has been a director of Hellaby since 2008.

With Falconer’s departure, Hellaby’s board shrinks to a managing director and five non-executive directors.